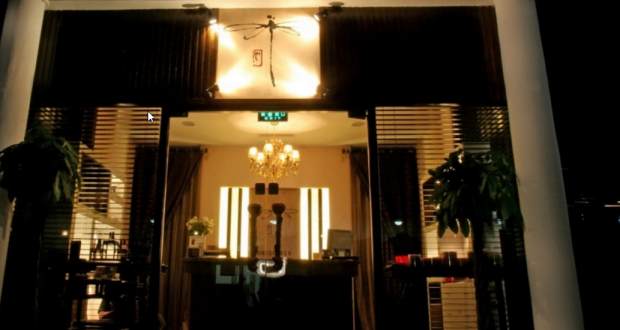 After feeling throughly overworked and tired Saturday, I decided to take Sunday really easy. And hey, Hélène is out there spending money and enjoying herself, so why shouldn’t I?

So, I went to a fancy massage parlor called Dragonfly. Hélène and I go there from time to time. It’s more expensive than the ‘normal’ parlors of Shanghai, but it makes up for it in atmosphere and excellent service.

Today, I chose the ‘Emperor’s Delight’: 1 hour of traditional Chinese massage, followed by another hour of simultaneous foot and head massage. I feel so relaxed I could curl up in a ball and sigh pleasantly all evening. It’s a guilty pleasure, sure, but at roughly $45 CAN for two hours of massage, it’s a guilt I’m more than willing to assume.

While I was at Dragonfly, I’ve reached an important decision. If reincarnation exists and I get a saying in the choice of return body, I’m coming back next life as a Kobe beef, Japanese cows who spend their life in a calming drug haze getting massages every day to make them as tender as possible. It’s gonna be a ‘vacation life’. I’m sure that, however long it lasts, when my time comes to be eaten by discriminating Japanese gourmands, I’ll say, “What, already?” and resign myself to my fate, hoping I taste as good as I feel.