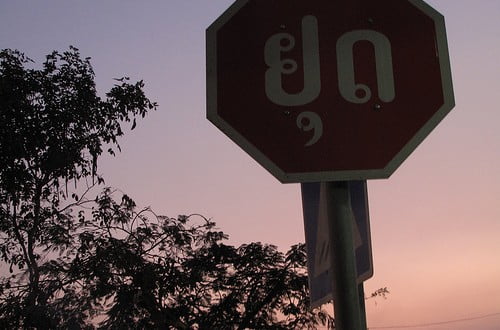 Posted by: Daniel Roy in The Backpack Foodie January 9, 2010 6 Comments

We came to Laos with the best intentions. We meant to explore the countryside a bit, to stray from the well-beaten roads of Thailand and unto the dirt roads of an emerging country.

Maybe the lure of French food and coffee was too great; or perhaps we were just tired from three months on the road. Either way, our adventures ground to a halt for a few weeks.

We were travel fatigued. I’ve lived abroad a long time before – three years in Shanghai, to be exact – but the rigors of long-term travel are still new to me. In Shanghai, I had an apartment, a steady job, and a growing circle of friends. These things go a long way towards helping you relax, even in the midst of culture shock.

But on the road, carrying your house on your back, and frequently running into shoddy guesthouses or unexpected difficulties, you don’t often have the luxury to let your guard down. And if you’re traveling in a pair, there are days when you crave the company of someone who hasn’t heard your stories a thousand times before.

And so, you retreat into the familiar. You no longer have the strength to sit at a street stall and point at the other tables. You waste your days in air-conditioned cafés, surfing the net.

It’s not to say we didn’t enjoy Vientiane. We walked around a great deal, and thanks to the friendly owner at Banlao restaurant, we found some culinary gems in the Lao-only portion of their menu. Near the Thai consulate, we enjoyed Laos’ take on the Vietnamese phở, and fell in love with Makphet, a restaurant staffed by ex-street kids, and whose profits go to help those still out there.

After two misses, our guesthouse, the Souphaphone, was a fantastic place to crash and relax. The staff is super-friendly and helpful, the rooms impeccably clean and tastefully decorated. In fact, if you’re in Vientiane and the place is in your budget, you could do much worse than give them your business.

Back on the Road

And one day, we picked up our courage and hit the road again.

Sitting in the mall next to the bus station, I was already dreaming of our next adventures: first the Thai province of Isaan, still firmly off the beaten path. Then, a stop in Bangkok for visa applications, and off to India we go.

It’s not you, Laos; it’s me. I needed a break from permanent travel, and your tranquil capital obliged. I hope one day I can explore the rest of the countryside. 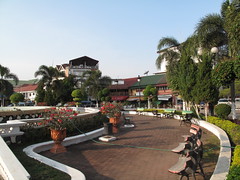 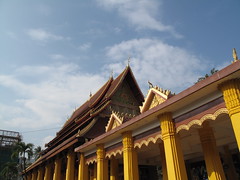 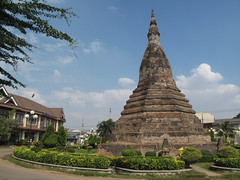 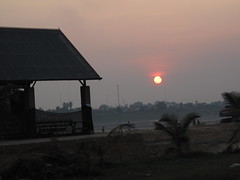 Sunset over the Mekong - Vientiane, Laos 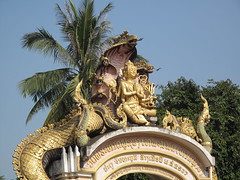 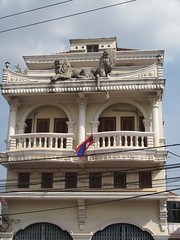 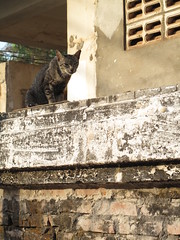 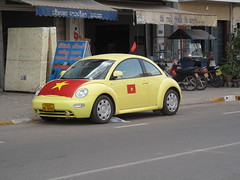 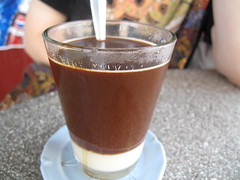 A Cup of Coffee - Vientiane, Laos 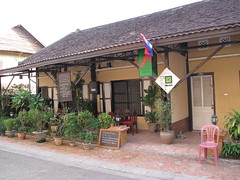 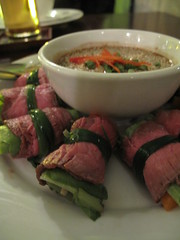 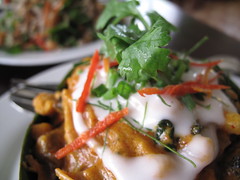 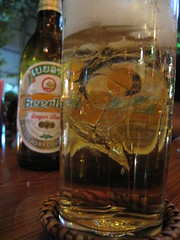 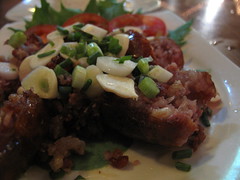 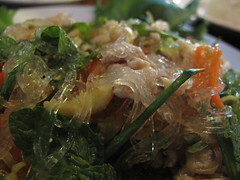 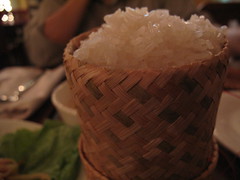 When we first stumbled upon Makphet, they sounded too good to be true. Fortunately, they’re the real deal: founded by Friends International, the restaurant serves as a training ground for street children who learn valuable skills to help them escape poverty. Plus, the food is an amazing, fresh take on traditional Lao dishes. What’s not to like? They’re located on Thanon Setthathirat.

Banlao Restaurant is a small, open-air terrace  with the requisite foreign food, but a surprising Lao-only page at the back featuring fantastically spicy local specialties. My pick: the Luang Prabang pork sausage, served with raw garlic. They’re on rue François Ngin.

Souphaphone Guesthouse opened in late 2008, and still hasn’t made it into guidebooks. It’s one of the cleanest, nicest places I’ve stayed in, and the staff is absolutely wonderful. They’re on Thanon Setthathirat, near François Ngin. 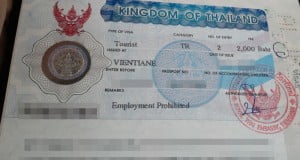 How To: Khon Kaen-Vientiane Visa Run 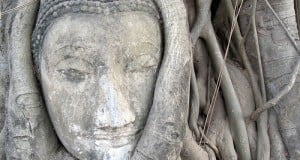 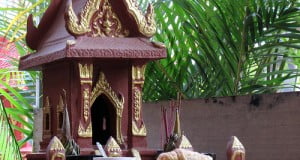 The Spirits of Indochina