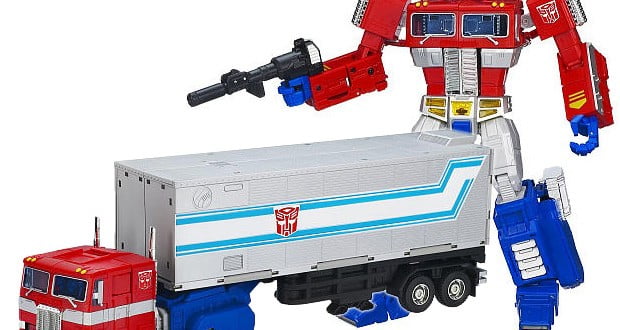 There are some anecdotes that make me feel both very close and incredibly distant from my Chinese colleagues. Here is one of them.

One of my colleagues is an avid toy collector. He noticed the ugly Ultraman knockoff I got in Thailand, and we talked about toys a bit. He mentioned a store near the Studio that sells vintage Transformers toys from the 80’s, and I told him how I almost bought a $150 vintage Shockwave because I had that toy as a kid and loved it. Turns out he was a huge Transformers fan in the 80’s, also.

As it turns out, the Transformers cartoon was shown on TV in China, at the same time it was broadcast in North America. They saw the first series (the one with the original Optimus Prime and Megatron) at the same time I did. Transformers toys were also sold in China, but for many people, including my colleague, they were outrageously expensive. Optimus Prime was sold 150 RMB (roughly $20 USD) at a time when a typical dinner cost 2 RMB.

Needless to say, nobody in my colleague’s primary school had a Transformers toy. My colleague dreamed of possessing Optimus Prime, the leader of the Autobots, the one who transformed into a van. So he made a plan: he visited the toy store many times, studying the way the toy was made, and understanding how it transformed from a robot into a truck. Next, he found pieces of metal, and with the help of his father, he welded the metal into a 3D sculpture of Optimus Prime. He used nails to make movable joints, and a cardboard box to make the head, on which he drew the robot’s face.

The result, according to my colleague, was rough and nowhere near as stylish as the real thing, but it transformed. The homemade toy was the sensation of the school when my colleague showed it around.

At roughly the same time, my brother and I shared about 50 Transformers, including Optimus Prime himself (owned by my brother; I prefered Decepticons.) It’s funny how these two paths bring me and my colleague, at the same time and place, talking how we’d like to own a toy reminding us of our childhood: mine for the toy I once had, and his for the toy he wished he did.

There’s a fascinating post-scriptum to that story: the name of Optimus Prime in Mandarin is radically different from the original, and, in my opinion, much better. It roughly translates to: