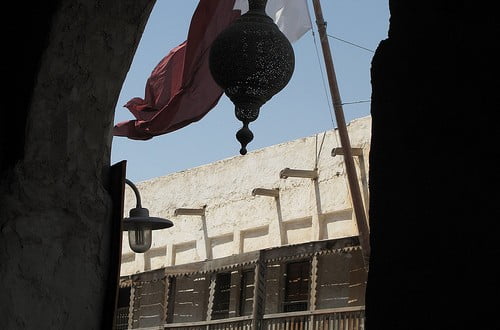 Posted by: Daniel Roy in The Backpack Foodie April 24, 2010 4 Comments

You’ll find Souq Waqif at the end of the Corniche in the Gulf city of Doha, Qatar. At the edge of the souq, the ultra-sleek skyscrapers of downtown Doha – none of them older than five years – disappear beyond a maze of shops, restaurants, cafés and stalls.

The souq quickly became our favorite hanging out spot during our five-day stay in the State of Qatar. As always, I follow the locals’ lead: I order a bittersweet and dynamite-strong Turkish coffee, and a grape-flavored shisha. The tobacco for the waterpipe soaks in fresh fruit juice, and a café employee sets glowing pieces of wood charcoal on top of the pipe to get the smoke going.

As I chase the sweet bite of the coffee with a whiff of grape smoke, I lean back and watch the Arab world go by.

Souq Waqif offers a unique chance to watch Qatari men and women take a stroll and enjoy life. Although the souq attracts its fair share of tourists, it’s nevertheless a favorite hangout spot for the affluent Qatari, who make up a mere 20% of the local population.

Not that they’re hard to spot: all of them, regardless of gender, wear their traditional garbs with ferocious pride. Most of the men wear the thawb, a long white robe, and a white cotton headpiece called the ghuthra, which they keep in place with an igal, a circle of black rope. These traditional clothes are tailor-made, and kept impossibly white and clean; expensive cufflinks adorn the wearer’s wrists.

As for the women, they walk around in the scorching sun wearing the black, loose-fitting abaya dress, with their hair under a veil. Many Qatari women, young and old, choose to wear the niqab as well, a veil that covers all the face except the eyes. Even stranger are the rigid masks some older women elect to wear: with a metallic frame, they would look at home in some inspired funeral masquerade ball.

The Qatari, all in white and black, move through a sea of people from all over the Arab world and beyond, flocking to Qatar looking for work. Qatari teenage girls mingle with fashion-conscious Americans, Arab businessmen, and Nepali service workers.

Sometimes, you catch a glimpse of a Sudanese woman cutting through a group of black-clad Qatari, and the impossible colors of her hijab breaks through the dark like a flare of color in the night.

It takes a few hours dragging on the grape accents of a shisha to begin to understand the deception that has been wrought on us in the West. I quickly learn to appreciate how complex the Gulf culture gets, and how ignorant I am of its intricacies.

The niqab, or face veil, provides the most startling example. It’s perceived status of religious oppression is so reviled in the West, that Belgium and France seek to ban the niqab from all public places. Back in my Canadian province of Quebec, the niqab has triggered deep-seated passions, fueled by media eager to fan any flame that might light a fire under their sales figures.

Yet the women here are anything but oppressed by their traditional dress. They walk around the souq, their abayas intricate and beautiful in their dark swirls, their eyes shaded by delicate make-up, a Louis Vutton handbag dangling from their arm. The abaya and niqab, more cultural than religious, empower them, affirm their Muslim identity, and mark them as true Qatari, set above the immigrants that toil to serve them. As the ladies trace a line through the shops of the souq, old men push their purchases in a wheelbarrow, ensuring that the women never raise a finger. The choice to wear the niqab belongs to a woman, and is decided between a girl and her mother alone.

Islam itself, so close to its land of birth, presents a quiet, respectful face, worlds away from the violence and misery that saturate Western media. From my vantage point in the souq, I observed a peaceful, multicultural world, where Saudis in black burka stroll alongside Lebanese women in tight jeans.

It’s not a perfect world, but through oil money, Qatar has opened up to the world on its own cultural terms.

The Call to Prayer

As the sun begins to set on Qatar, the heartbreaking beauty of the muezzin‘s call to prayer fills the warmth of the approaching evening. The songs echo throughout the city, from every minaret under the Qatari sky.

I came to Qatar with no preconceptions, and will leave with puzzles. It’s painfully obvious that the story of these pearl divers turned oil magnates has yet to be told without prejudice in my own homeland.

But I am a mere tourist, a bum hanging out in the souq. What do I know?

I have seen through the grape smoke of a shisha, and beyond the superficial lies told to antagonize a rich, complex and fascinating culture. And as the charcoal embers die down atop my shisha, what I really know is that I want to learn more. 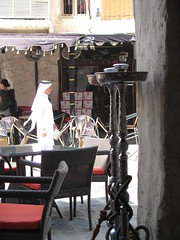 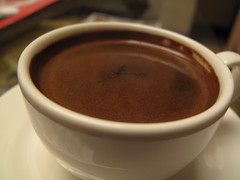 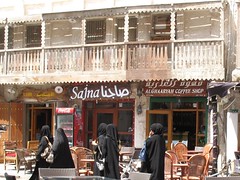 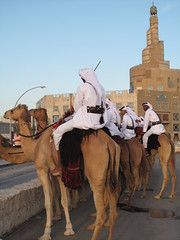 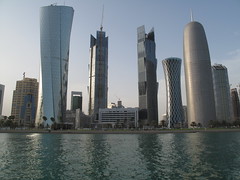 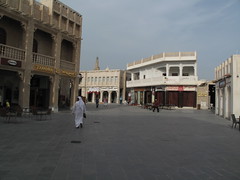 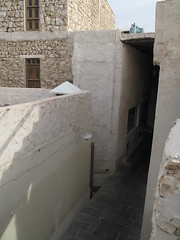 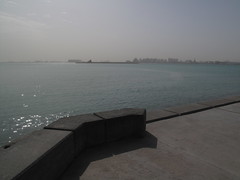 I wish to thank Tracy, our new friend in Doha, for making our stay in Qatar not only possible, but informative and enjoyable. Tracy’s observations on Gulf culture, based on her ten years of living in the region, has provided a much-needed insight, and helped open my eyes to this rich, fascinating culture.

See you in North Africa, Tracy! 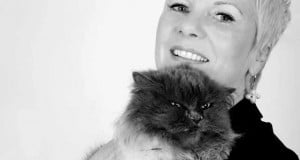 A Non-Muslim Fasting on Ramadan