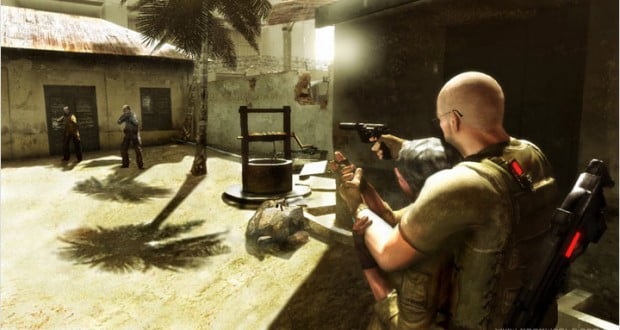 One of the most important, yet unsung part of making a game is the versioning. With next-gen consoles, it’s even more dramatic: there’s just so many people touching the code and the data that getting a good, stable version of your game every time you need one is nerve-racking. Build one version, everything is broken. Fix one thing, five new bugs pop up.

So yesterday, while preparing an important version for E3, we ran into our usual lot of annoying problems: server crashes, version-ruining last-minute bugs, use of Chinese characters in the version control software… We had it all. Around 10 PM, I thought to myself, ‘Why don’t we ever have a lucky build?’ Why must our luck always turn to the bad?

And at 3 AM, it happened: the Miracle Build. The proof that there’s a minor god for game developers and that, sometimes, he looks kindly on his children.

Here we sat, staring at the latest version, and somehow… everything came together. Things that we tried to get working for weeks were now running smoothly. We saw some of the next-generation visual effects we have been struggling to integrate for so long, finally appear and blow us away.

In the middle of a map, the game seemed to give up on us and crashed.

“Do you think putting in your sound update can fix this?” I asked Zhang Lei, our Sound Designer.

“You know quite well this isn’t a sound crash… Of course it won’t fix it,” he answered.

We updated the sound anyway, just for the heck of it. We reloaded the map, and now we had music on top of everything. Not only that: the map didn’t crash anymore.

He grinned back. We both believed.