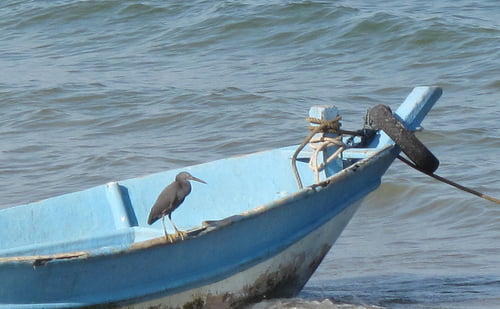 Posted by: Daniel Roy in The Backpack Foodie January 12, 2010 5 Comments

There’s this meme going around where travel bloggers each spill three “secrets” they learned from traveling. The concept also involves tagging five other bloggers, but as you can imagine, at the bottom of the pyramid you run out of friends to enroll, so I’ll skip that part.

Gillian and Jason of One Giant Step kindly tagged me in their own Three Travel Secrets entry; and so, here are my own!

I’ve lived three years in Shanghai and ate mostly local food, the majority of which came from small, family-run places; yet the majority of times I fell sick was from eating imported food that appealed mostly to tourists and expats.

Heard about all those travelers who meticulously eat hotel food, drink only bottled water, and peel their fruits, yet fall sick because they drank one fruit juice? I’ll bet you a hundred on the dollar that the so-called safe food, not the juice, is what got them sick.

If you stick to a few simple rules – always eat in busy places, look for clean, well-lit places, eat what the locals eat, and trust your instincts – then you’ll find local, even street food, to be a perfectly safe and healthy diet choice. Plus, it’s a hell of a lot tastier than that rewarmed pizza with three week-old imported mozzarella, and it’ll save you tons of money. Finally, you’ll encourage local, often family-run businesses, instead of foreign-owned corporations.

Then go where they say not to go.

The mainstream guidebooks focus their energy on places that tourists will enjoy, which typically means tourist facilities, some local nightlife, and a minimum of sightseeing. If you visit a place with none of these, what you’ll discover is somewhere where the people will be genuinely curious to engage you in conversation, and where you’ll see very little of the typical harassment associated with tourist centers.

I’ve gone against the recommendations of Lonely Planet and Rough Guides a few times. Every time, I found a charming, unpretentious place where we were able to relate to the locals as human beings instead of peddlers, and where we could enjoy a slice of local life. Every time.

You Can Communicate Without a Common Language.

Don’t let the lack of a common language prevent you from engaging the people you meet! A smile and a nod go a long way. With a lot of patience and the ability to laugh at yourself, you can force your way through the language barrier.

Seventy percent of communication is non-verbal, as the saying goes. You may not be able to hold deep philosophical conversations this way, but you can still connect with your fellow humans on a personal, fundamental level. Try it!