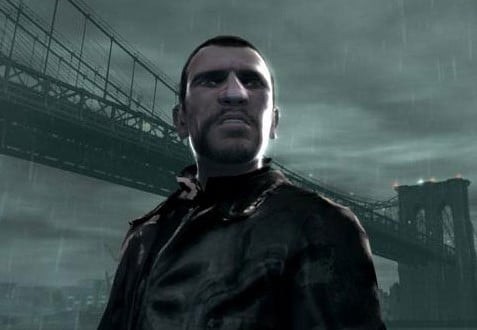 I’m rarely, if at all, on World of Warcraft nowadays, which does feel a bit weird. The good news, though, is that my gaming habit – as opposed to my strict WoW diet – is back in full force. And two games are retaining my attention at the moment: Rock Band and Grand Theft Auto IV.

I’ve spoken about GTA IV before. I’m still of the opinion that it doesn’t offer much more than GTA San Andreas did, and I’m incredibly annoyed at the mission and saving structure. Every time I drive to a mission giver’s house, then drive to my objective, then start the mission and die… then have to go through the whole goddam tedious thing again, I want to scream. Fortunately, I found I can just get a cab from place to place. So I’m playing the game pretty much as a pedestrian, and I get to skip having to drive through Liberty City for the 200th time. It doesn’t overcome my frustrations, but it lowers the annoyance enough that I’m still playing this game, somehow.

If GTA IV is what I play when I’m alone, I kickstart Rock Band whenever Helene is in the mood. I tell you: it’s just an order of magnitude better than Guitar Hero. Personally, I was never that great with Guitar Hero… I made it to the end of Medium difficulty and pretty much stagnated there. Helene, on the other hand, kicks ass. She plays most of the Rock Band songs on Expert. The great thing here is that I can sing instead of playing the guitar, and as a result, we’re currently going through the Band World Tour on Hard. Feels like we’re on a bit more of an even ground.

The fact that you’re playing different instruments in the band is actually, I think, one of the most pleasant things about the game. It’s asymmetrical collaboration, if I can coin a silly game design expression: you’re all working towards the same goal, but you’re doing so in dramatically different ways. I love it. Case in point:

The other night, Helene and I were trying to finish a 7-song set when we ran into the hellish guitar solo of Molly Hatchet’s Flirtin’ with Disaster. After three tries, we decided the best strategy was to stock up on star power to get through the solo (Helene was playing it on Hard.) I kind of panicked and launched my star power too early, but Helene managed to power through the solo… only to die at the very end of it. And so, stressed like crazy, I hit two yellow lines… Enough to get the star power necessary to save her with the life bar an inch from the bottom. Whew!

As to the pleasure of playing on the X360 again, I have one thing to say: it’s good to be back.

Previous: Farewell, Erick
Next: Call of Duty: Back to World War Two? Really?