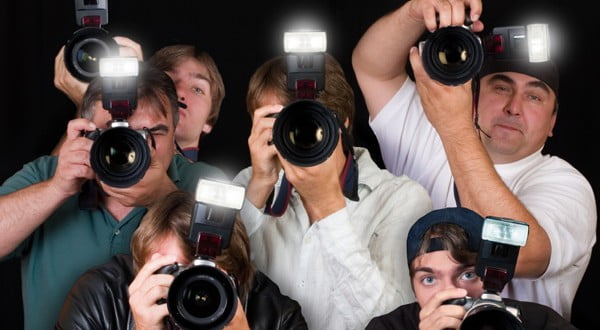 My Life as a Rock Star

Whew! It’s been an insanely busy week, and I’m glad it’s all over. If you’ve been wondering how Splinter Cell Double Agent has been doing, let’s just say the reaction has been truly amazing. We have received amazed compliments from everyone ranging from journalists to industry leaders, and Hideo Kojima himself took the time to check our game out. We also received two Game of Show nominations, from 1UP and IGN.

Here’s a little rundown of how crazy my days at E3 have been:

Monday: I arrive in LA at 7 PM, strangely jetlag-less; I’m so incredibly exhausted from finishing the E3 project that I’m through jetlag and out on the other side. I’m worklagged. It’s not enough of an excuse, though, to prevent me from linking up with Derek, our Senior Marketing Coordinator, who asked me to rehearse for an incredibly important presentation the next day.

Tuesday: I get up at 6h30, having slept very fitfully for 6 hours. (Keep in mind I still haven’t rested after the project itself.) The reason: I have to present our game to 200 Ubisoft people, including the upper management and every marketing guy they can throw at me. As I sit in the conference room, I’m strangely, totally stress-less. Perhaps I’m just too tired. Anyhow, I get up on the podium, and I manage to deliver a pretty solid presentation. I even thank Derek for “not dying” during his run of the game. I receive, stunned, numerous congratulations from Ubisoft people, including Yves Guillemot, our CEO. I’m starting to feel the rock star vibe.

Wednesday: Still not very well-rested. I do 4 hours of interviews and demos at the Ubisoft stand in the morning. The formula is simple: stand up near a HD TV, invite people over, and play the game for them as you talk them through it. Rinse and repeat. Over and over and over again. I finally escape the show around 2 PM, and go for a nap at the hotel.

Thursday: I wake up from my nap at 7 AM the next day. I’m finally starting to feel rested. I’m looking forward to this morning, as I will be manning the Microsoft booth this time. All I need to do is to sit down, not explain anything, and play the game. Sounds simple, right? Four hours later, I feel like I am going completely insane from repetition. I try to escape the show at 1h30, but PR people keep catching me for video interviews. I manage to run away from the show around 4 PM, and get to enjoy a drink with Jürgen and Stacy from Voicegroup, two great people who produced the voice recordings for our game.

Thursday (continued): At 7h30 PM, Julian, our Marketing Game Manager, god bless him, brings us invitations to the PlayStation party. I excuse myself from the hotel bar, and make my way over there. The party is on the top of a mountain, and they offer you champagne as you get off the trolley getting you there. Incubus is playing live, and it’s bar open for 3,000 people in the area. It feels amazing, and I briefly consider lying to my colleagues about Kojima puking on my shoes or something as impressive, then I decide I miss the guys and I head back with Chris and Thomas to the Ubisoft party, at a trendy bar called the Geisha Room. My entire team feels like a million bucks. We drink merrily and feel like we’re entitled to stand on the prow of a doomed ship proclaiming our royalty over the planet.

Friday: Day after. I linger around before heading to the show, and carefully avoid the Ubisoft booth. Instead, I take my time going through the God of War II, win a notepad by beating everybody at Brain Age at the Nintendo booth, and otherwise check out stuff. I decide to return to the Ubisoft booth around 2 PM, where I’m promptly given demo duty once again. E3 drags to an end around 4 PM, but the day is far from over. We head to the hotel bar again for a drink, where we have a chat with Yves Guillemot, who graciously spends 15 mins at our table. Chris, ever bad at recognizing people who he should not forget, asks him after 10 mins, ‘So what do you do at Ubisoft again?’ to which Yves answers with a sly smile, ‘I’m the President.’ Chris spends the next two minutes wishing he could hide under a rock. We part ways a bit later, and head to the Microsoft XBOX Live party, where many XBOX Live hardcore fans gush over our demo of Double Agent on the spot. We get promptly drunk once again, and have the time of our lives as Crystal Method plays 2 meters away from us.

Saturday: The rock star life finally ends, as Hugues and I board a plane… for Montreal. I’m now staying at my parents’ place, enjoying at last some peace and quiet.

And hey, if you’re a friend of mine in Montreal, give me a call or drop me an email. I’ll be happy to see my old friends again… rock star or not!