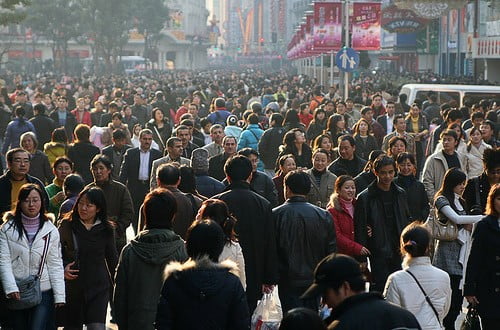 The Deafening Sound of Silence

Something strange is happening these last few weeks. It dawned on me this morning, as I was getting ready to go to work.

Helene had given me a bottle of B6 vitamins, so I could pass it on to a new colleague who suffers from carpal tunnel syndrome. I was telling her that the bottle was probably a bit too much, that I only needed to tell him to find himself B6 vitamins himself at a drugstore. That’s when Helene told me:

“Going out to buy something like vitamins is hard! You don’t remember because you’ve been here two years, but for your colleague, it’s a difficult task! Give him the bottle so he can show it to the pharmacist and get another one!”

The truth is, I had forgotten how hard buying simple things can be when you first arrive in China. The memory of China as a difficult, alien place is becoming more and more distant, and I’m getting used to this weird, new image my colleagues have of me, that of a grizzled Shanghai veteran who knows every good restaurant, and who, if you ever get lost, will tell the taxi driver where to go over the phone.

I keep asking myself, Has it been that long? And then I remember that next Sunday, July 31st, will be Helene and my second anniversary of living in Shanghai. Wow, time flies.

This morning, as I get off the bus and walk the rest of the way to work, I’m lost in thought as I’m pondering the stuff I need to get done when I get in. I’m totally in my bubble, and Shanghai is not getting in. That’s when I pass an old Western lady, walking on the sidewalk. And she’s freaking out. She’s holding her hand in front of her mouth to prevent inhaling car exhaust fumes, and she seems jumpy every time she hears bus brakes shrieking, bicycles creaking, or taxis honking their horn. And right there, I notice just how busy the streets are in the morning, how polluted and noisy they can be.

Whether it’s the constant difficulty of living in a Mandarin-speaking country, or the aggression of sounds and smells of the streets, it seems there is no limit to how much you can get used to. It’s like using a fan in your room at night: you don’t notice it until you turn it off, and the ensuing silence can seem deafening.

It’s been so long that China has been ‘on’ for me, that not only do I not ‘hear’ the constant buzz… I’m not sure I could anymore endure the sound and smell of silence.

2005-07-29
+Daniel Roy
Previous: Formaldehyde Beer, Anyone?
Next: Dinner That Stings