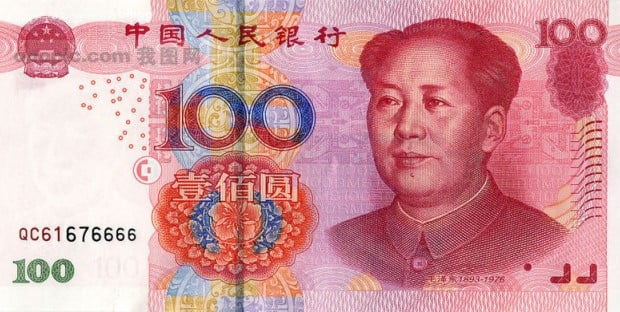 You live in a country for more than two years, you think you’ve figured out all the scams. Hah!

Sunday night, at 1h30 AM, I took a taxi home from work. One street corner down, I opened my wallet to realize I had no money left, so I asked the driver if he could pull over in front of a bank while I ran to the ATM.

When we arrived in front of my place, I gave the taxi driver 100 RMB (roughly $14 CAN) and he gave me change. He spent a long time examining my 100 RMB bill to make sure it was geniune. As I stepped out of the taxi, he called me back and asked if I were sure I had gotten this 100 RMB bill at the bank. He seemed to think it was a fake.

It was late, I was tired and I knew the bills I got were genuine because I got them from an ATM, so I simply shrugged and switched the 100 RMB bill for another one, which he accepted.

Of course, the next day, I discovered that the bill he had given back to me was indeed a very good fake. Of course, he simply switched the geniune 100 RMB I gave him for a fake one, then acted like I had given him a fake bill.

Ah well! Live and learn, as they say…