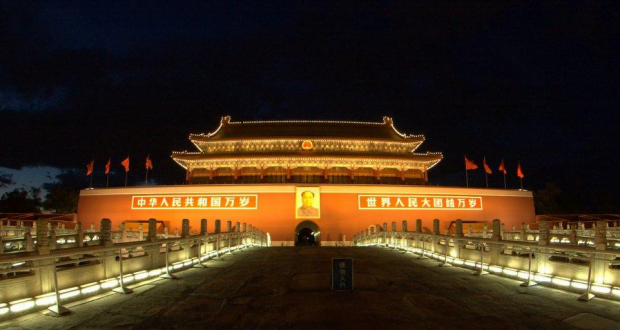 I’m writing this post from Beijing, in a small Internet cafe near the sidestreet (hutong) where I stayed the last three days.

I didn’t know I was coming to Beijing this weekend until two weeks ago. That’s when Helene showed me a half-page magazine advertisement for Mutek Beijing. When I saw it, I knew I had to make it. There was no question of if or how. (For those unfamiliar with Mutek, it’s a Montreal-based electronic festival that has been instrumental in putting Montreal on the map as one of the world’s electronic capitals.)

Anyway, so here I am, my ears slightly buzzing from the delicate assault of two nights of experimental techno at Club Tango in Beijing. This was not the best techno concert I’ve seen, but for me, it was the most intense. There is something absolutely spellbinding in coming back from a techno concert by taxi, and pass by the Forbidden City and Tienanmen Square on the way to the hotel.

Aside from the music, I also partook of the local food, of course. I had Beijing duck last night, a whole half-duck just by myself, on which I stuffed myself without restraint. As I savored this, a man sitting across me at the same table (the restaurant was packed) was avidly suckling on duck heads, spitting the small cartilages on the floor besides us. (It takes a year and a half of living in China to realize he was doing this to be polite and avoid spitting on our shared table. ‘Cultural Sensitivity’ is my middle name!)

The more I visit Beijing, the more I love its food, its people, and its artistic sensibility lingering just below its austere surface. I’m definitely coming back, and sooner rather than later.