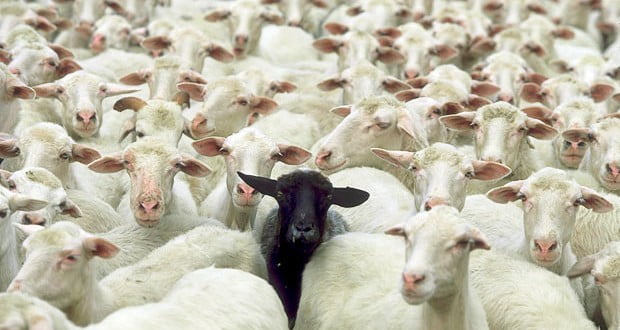 Picture this: two Western men are standing in a street in Shanghai. They stand in exactly the same spot, looking around.

One of them is looking at the street with new eyes, being newcomer in the city. The heat, the pollution, the noise, the smells assail him and prevent him from clearly perceiving details around him. All he perceives is a mess of new experiences, jockeying in a screaming manner for his full attention.

The second one has lived in the city for many years, and has long since adapted to the pace of the city. For him, all inconveniences experienced by his companion are mere background noise. He glances around at the Chinese signs, and can make most of them out: Florist. Noodle restaurant. Clothes shop. The voices of the people around him bring him small echos of mundane conversations, about the weather, about the World Cup, about life as it is everywhere on Earth.

Now here’s the question that fascinates me: how can two people, standing in exactly the same geographical location, retain such dramatically different experiences of the world around them?

How possible is translation between these two experiences? And if it is so difficult with the exact same point of reference, how could it be possible to communicate Shanghai to somebody, say, who has never set foot in Asia?

I’m pondering these questions at this time, because I had exactly this kind of cognitive disconnection these last two weeks; you see, my younger brother Philippe came out and experienced Shanghai first-hand in my company.

It’s been a strange trip, I think, for him. Because of a number of factors, including my work just not letting me up, bad June heat, and a lingering sickness on my part, I didn’t take him around China nearly as much as I feel I should have. For instance, we had initially planned on visiting Beijing for 3 days, but the prospect of climbing a mountain in 45 C degree heat, be it to reach the Great Wall, daunted us both.

Overall, I took him through the ‘classics’, hoping something would connect him to China and make him fall in love with the life here, but the good old tricks just didn’t seem to work. Oh, he did appreciate a few things, for sure; he had a great time receiving grade-A massages, as well as discovering some of the food, but I didn’t see in his eyes the spark that I saw, say, in my friend Flint’s eyes when he visited. In other words: if China was a person I introduced to him, he would have found her a pleasant girl to hang out with, but probably felt no need to befriend her.

The rest, as we say, was lost somewhere in translation.