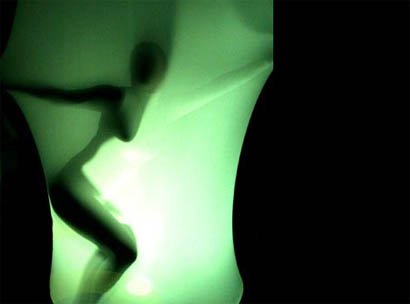 So I went to Microfabrique. And I’m saddened to report that it sucked. Allow me to rant a little.

The bar is just terrible as a live music venue. For starters, the second floor of the bar is too thin, so that any amount of bass makes the entire floor vibrate. As you can certainly imagine, when you’re playing techno of any kind, that’s just bad news. The layout itself is pretty bad: for one, the DJ booth is squeezed right next to the bar, meaning that the DJ has a view on the people not giving a shit about his music because they’re schmoozing and waiting for drinks.

The crowd itself is another problem. Despite paying a 80 RMB cover charge ($10 USD), the people there obviously came to show off and didn’t care about the performance. They care so little, in fact, that at least 4 tables were playing dice, effectively drowning the music.

Finally, the bar staff itself is preposterous. The only way to get a table is to actually commit to spending 1,000 RMB in booze during the night. Helene and I arrived early enough to get a table, but we were kicked off by the manager when somebody shelled out the money for the table we had sat at for an hour.

If anyone from Fabrique is reading this: screw your damn bar. I’ll listen to my music at home in the future. It’s times like this that I really miss the Montreal music scene…