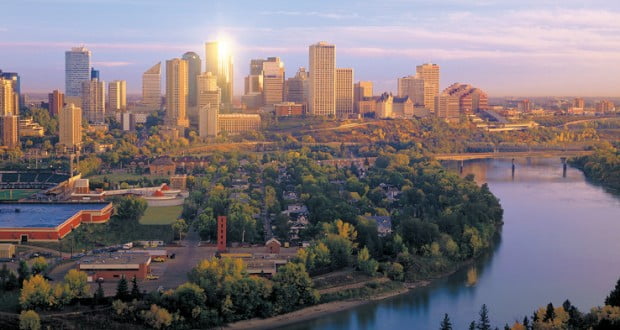 You don’t know what you’ve got till it’s gone. Well, to be fair, that’s not exactly true. I’ve left cities before, and I’ve missed aspects of them a lot. So now, wisened, I get to enjoy things as they happen.

When Helene and I moved to Edmonton, I didn’t expect to like it very much. I figured it would pretty much suck, so I’m surprised it’s growing on me as much as it does. Does it mean I’m gonna settle here? Hell no. But I do get to spend my time here and enjoy a few things that are unique about Edmonton. Things like:

I can’t get enough of the Farmer’s Market. Yes, there are markets in Montreal, but they don’t approach this one, I’m sorry to say. The Old Stathcona Farmer’s Market is filled with local producers, and whether you’re buying a homemade pie or choosing your fresh-picked vegetables, you get to chat with the people who prepared your food for you. The quality is insanely high, and the people there are just nice. I’ve been there often enough that they wave at me as I walk by the stands.

The Kindness of Strangers

I’ve been to a few places around the world, and I’ve met many nice people, whether it’s the Chinese, the Macedonians or the Scotish. But there’s something just so damn nice about Edmontonians. They smile at you on the street and say hello. They smile at you when you pass them by. And even in the nicest restaurants, the staff is kind and genuinely interested in your well-being. To be frank, I think Edmontonians are the nicest strangers I know.

This one’s a big surprise. I expected to find good steak, sure, but that’s pretty much it. Instead, I found restaurants obsessed with freshness and local produce, and whether it’s the steak at Von’s, the delicious breakfast at Highlevel Diner, or the mind-boggling beef carpaccio at Packrat Louie, I’m amazed by the quality of the food here.

BioWare is often cited as one of the best employers in Canada, and there’s a reason for that. It feels very much like a Western Canada company, founded on hard work, integrity, and honesty. That would already be awesome if they didn’t also produce the best games in the industry.

Oh, we get blue skies in Montreal, although I did miss them in Shanghai. The sky there is most often gray, sometimes pearly yellow, and when it’s blue, it makes the news. But the skies in Edmonton… My goodness. They’re impossible blue. I’m often stunned by the perfect blue of the sky in the afternoon, and I’m caught staring at it for long minutes. The sunsets are pretty awesome, too.

Previous: The Dark Knight: Not the Best Superhero Movie Ever
Next: Weird stuff I’ve eaten 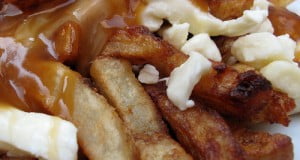